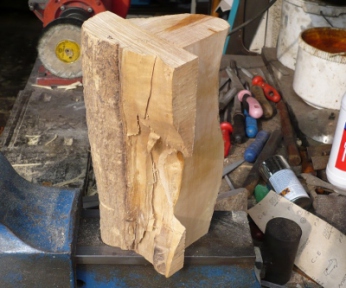 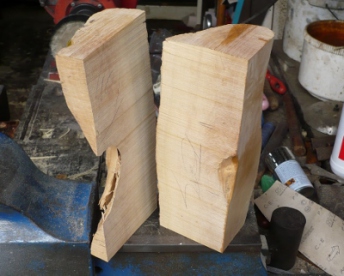 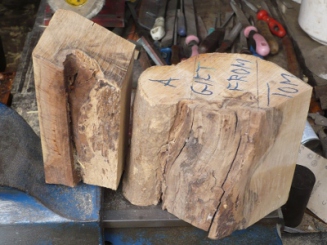 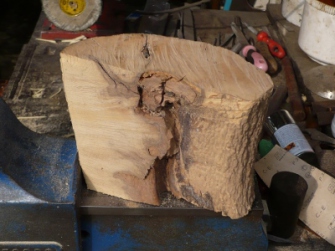 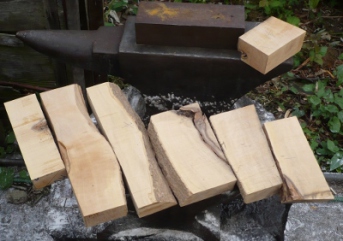 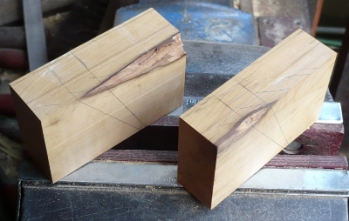 I have now rebated all the pieces with a tenon saw as I haven't got a rebate plane, this is difficult work and not to be recommended. I will make the irons out of Stanley plane irons at a later date, at the moment I haven't got any, a trip to Brian I think.

The 2 planes on the left apart from the irons are finished. These planes, when finished are copies of the rarest Norris planes I know. 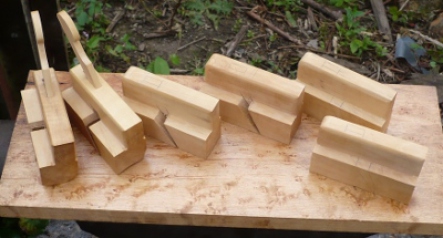 These pictures show drill holes for the escapement. 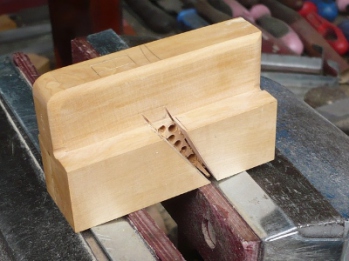 Apart from the irons these 6 are finished. 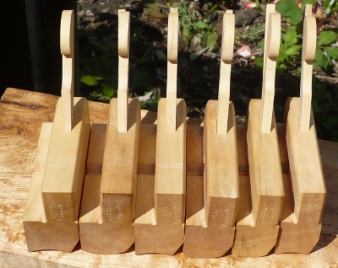 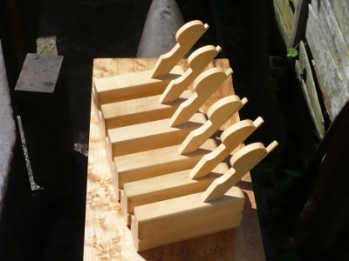 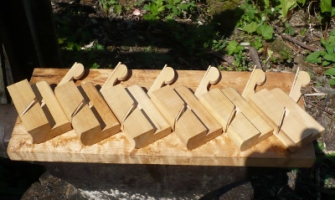 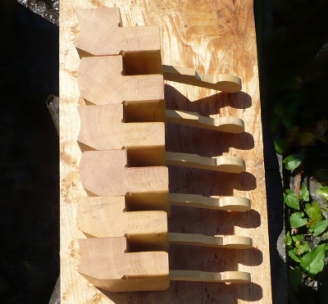 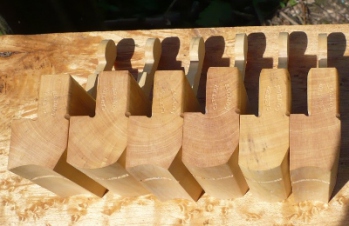 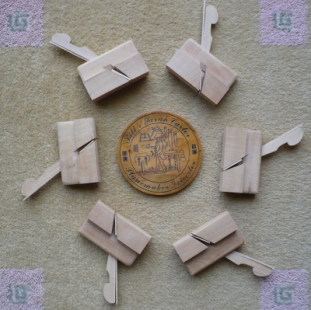 I have now completed 10 planes without irons. I am hoping to make 2 even narrower planes out of the original piece og boxwood. 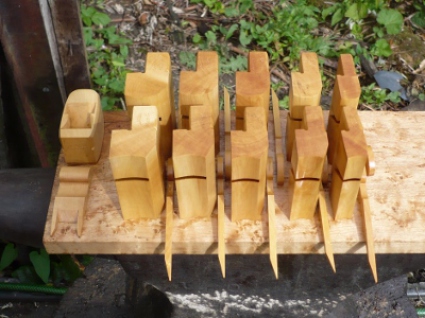 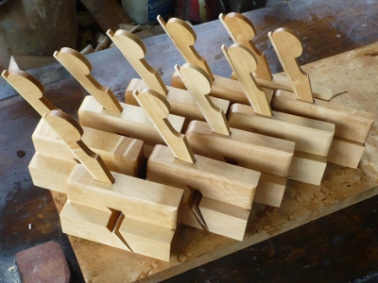 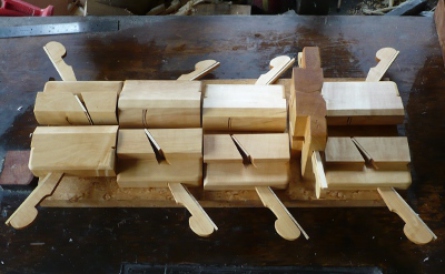 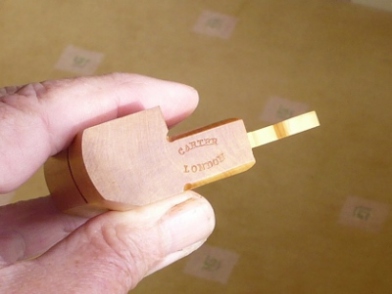 Here is the finished set of 12 planes complete with irons. In the end I bought 6 new Stanley irons, out of which I cut and shaped them to fit the planes. 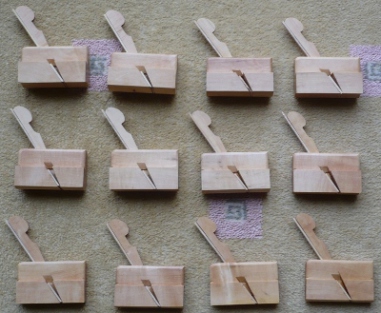 Here are some of the off cuts, as you can imagin a lot of hard work, but I think it payed off using new irons.

These proved to be the most difficult planes I have ever made, I worked on them for at least 3 weeks, maybe longer 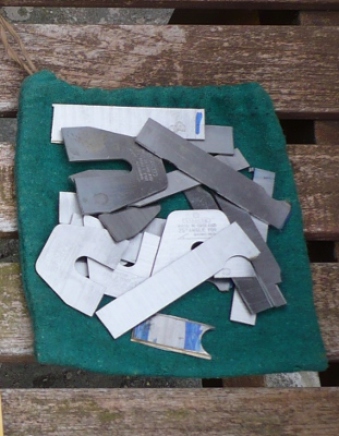