jointers I made in the past

Our thanks to John at David Stanley Auctions for sending these pictures of 3 of my 36" jointers. The one in the middle had cupid bow dovetails, which nearly killed me to make, I made 6 in total. At a later date I cut 2 down to 28 1/2" as Norris made. Karl Holty made the lever caps, the irons and the adjusters. Ian Houghton did the engraving by hand on the lever caps and the adjusters. Both Karl and Ian's work was perfection. 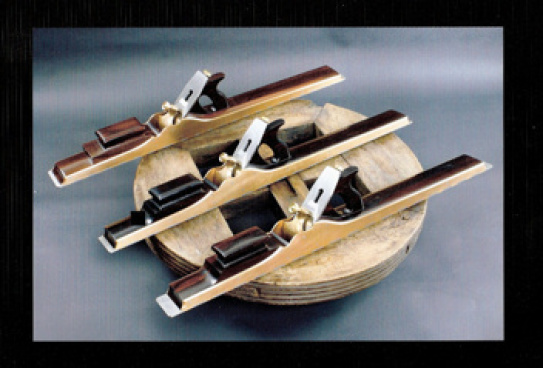 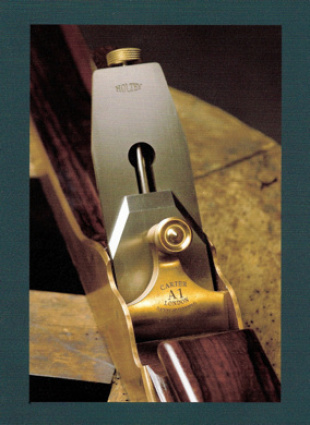 This is a piece I cut off at a later date. People have said you must have hesitated when you offered up the hacksaw to both the front and back of the plane. I do set myself some tasks, because when I had sawn the front and back off, I then had to shape both ends in place., which involved reshaping the rosewood, the bronze sides and the steel base whilst in place.  As you can imagine this was far more difficult to do than shape the seperate pieces before assembly. One of the sawn off rear ends went to the USA, with the plane, to be used as a sanding block. This must have been the most expensive sanding block, labour wise.

If you were wondering why I reduced them in size, one of the reasons was, when people lifted them out of my car boot at a tool sale, they would often knock my car in so doing. I put this down to weight which they were not used to lifting in a restricted space. This didn't do the plane or my car any good, I hope you get a smile out of this. 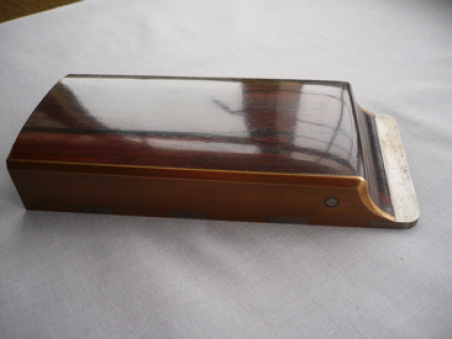 I made this plane in 1991 and I named it (The Cupid Bow Jointer S1) This is stamped on the plane along with, dovetailed on the toe and heel, Sarah on the front, Billy Carter Maker on the rear.

This plane has 10 cupid bows shaped into it for decoration, a full length Norris iron and back iron, a large Norris mark, still sharp. It is infilled with straight Indian  rosewood, the best piece I have ever used, I found this rosewood in a clock makers work shop at Shenton near Leicester. The clock maker said "It is not for sale, I need it for when I retire, I will use it for a special clock." Before I left his work shop, the rosewood was mine and £100 had chaneg hands. A lot of money for a piece of wood all those years ago. Boy, was it worth it.

I first sold the plane to a dear friend of mine from Ireland, bought it back at a later date and then sold it to another mate of mine down south. I bought it back very recently, I don't think it was was ever used in all those years.

When I got it back, it was just like the day I made it, not a mark on it. Without sharpening it for all those years, it still cuts with ease. 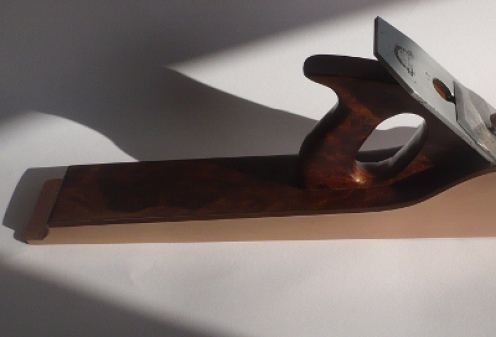 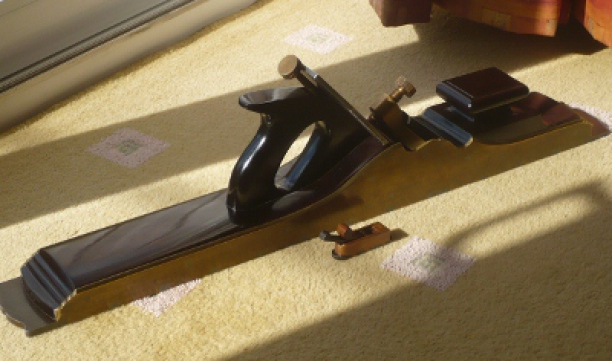 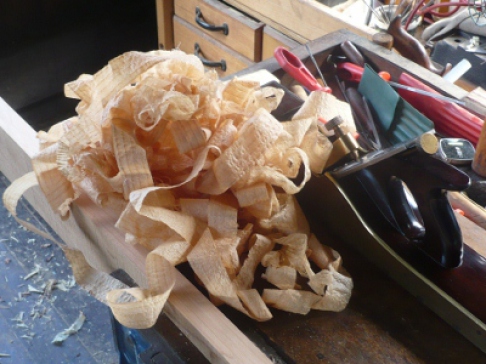 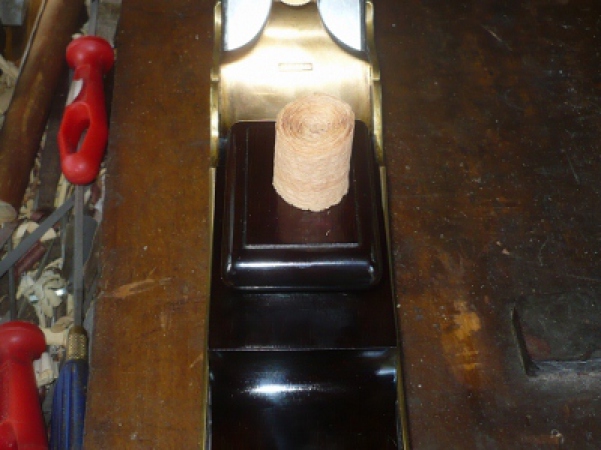 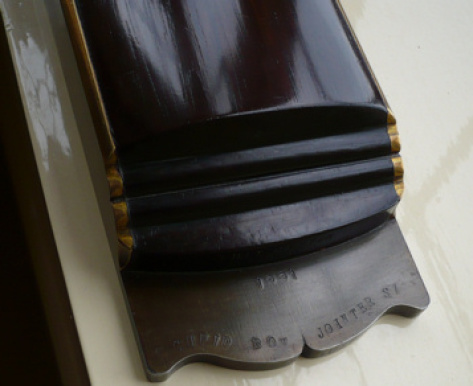